Here are twelve ways to earn money with Notion, along with examples of successful creators and Notion experts. 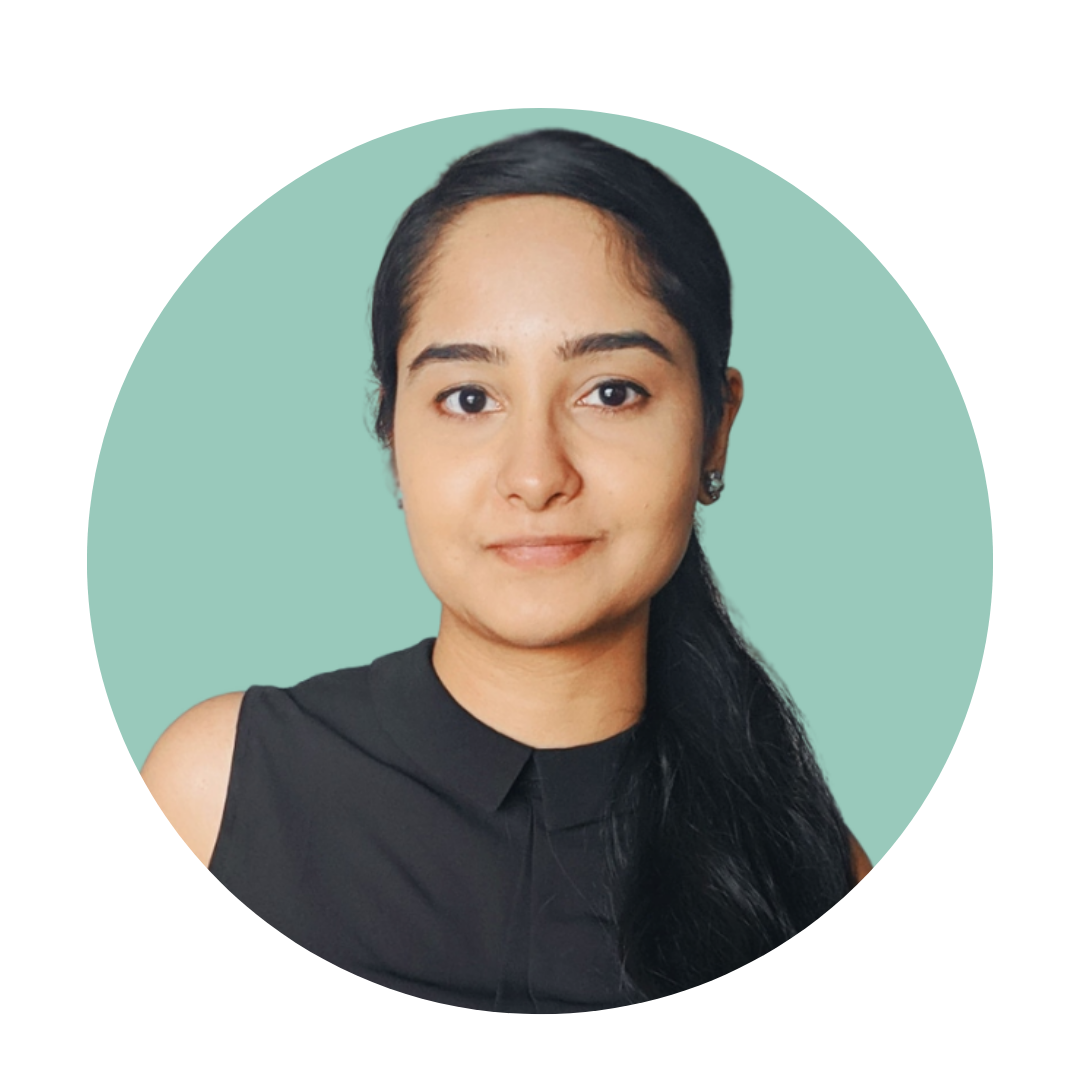 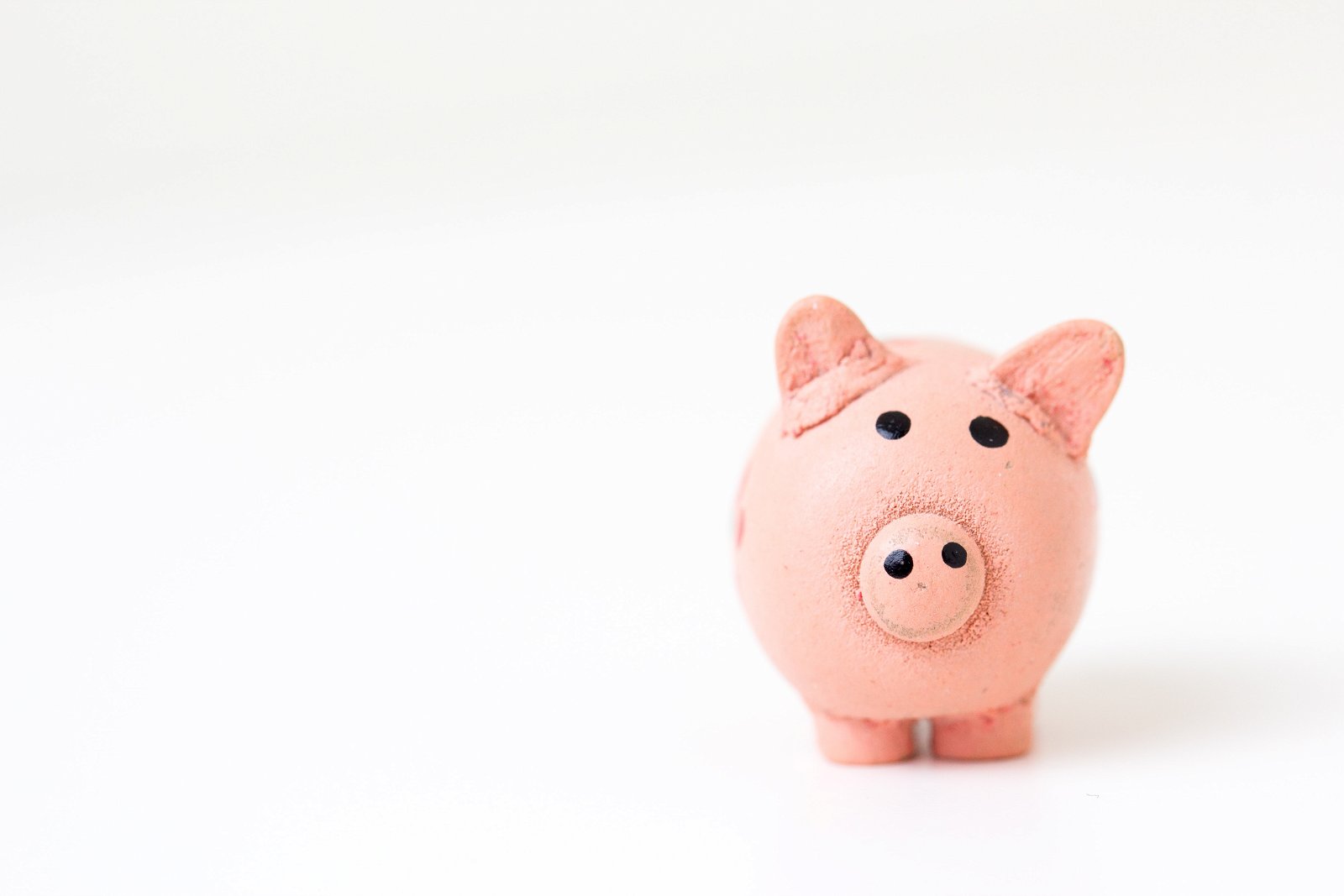 So you want to earn money with your growing Notion skills? There are several side hustles you can explore as a Notion creator. Here are twelve ways to earn money with Notion, along with examples of successful creators and Notion experts.

The most popular side hustle for Notion creators is to design Notion templates and sell them on Gumroad. Whether it is one-page templates that solve unique problems, or workbooks with multiple worksheets and exercises, or workspace operating systems for specific niches, there is a market for all kinds of Notion designs. What’s more, it’s still a very early market, so a successful template can make you thousands of dollars in internet revenue.
💫
Notion creator shoutout: The OG Notion template guru is Marie Poulin, and she’s been an inspiration for my own journey into the space. Her name is synonymous with the Notion community today, and you can catch her work across all social media platforms, including Youtube. The Notion team was so impressed with Marie’s work that they made her a representative for the community, and she hosted the Notion Office Hours. You can check out her templates here.

Running a YouTube channel is a demanding job, but it can be very lucrative. And the Notion YouTuber space is very nascent, with just a handful of creators dominating the market currently. YouTube is a powerful search engine, next only to Google, and if you want your work to reach more people you should be active on YouTube. If you don’t have too much time, consider being active on YouTube shorts, which the platform is heavily promoting currently.
💫
Notion creator shoutout: The most successful Notion YouTuber today is Thomas Frank, with his channel, Thomas Frank Explains. With around 80,000 subscribers, the channel has tutorials and explanations for all experience levels. Thomas also uses his videos to promote his Notion products such as his Ultimate Brain template.

If you’re a Notion expert, use your personal blog to answer questions and to offer unique solutions to users’ needs. Regular posts increase your visibility and your SEO score, and over time you will come to be known as a domain authority in the Notion space. You can offer free templates or include short videos to demo your ideas, and to gain traction. You can accept sponsors for your posts, or feature Notion-related plugins and tools for a price in your blog.
💫
Notion creator shoutout: If you’re looking for Notion blogger inspiration, check out the work of Red Gregory whose personal blog rakes in thousands of views every month. Their formulae for beautiful progress bars for Notion databases are very popular among other work. Check out Red’s blog here.

If you have a particular Notion niche you want to focus on, creating a website full of useful resources is a great starting point. Perhaps you want to focus on building an expertise in Notion formulae, or you want to teach startup teams how to build and maintain a Notion intranet. A website with proper SEO will index you as the best source of information on the subject, and you can monetize your site using Google Ads, and through affiliate links to tools and products.
💫
Notion creator shoutout: One of the best Notion websites is Notion.VIP by William Nutt. In fact, their post on Notion formulae is still one of the top sources of Notion formula content in the world! While Notion VIP is a treasure trove of free explanations and cheatsheets for Notion enthusiasts, William is now also offering a premium program with education and training opportunities.

If you don’t consider yourself creative enough to regularly churn out aesthetically pleasing Notion templates consistently, you can still be a big player in the Notion template game. While the new Notion template gallery features a few popular templates, there is still a huge opportunity to create Notion Marketplaces for indexing the hundreds of beautiful free and paid templates that are published each day. As the owner of a Notion product marketplace, you focus on marketing, SEO, and growth to bring traffic to your site so you can make more sales. Notion template marketplaces list templates by creators, and charge a commission for every sale brought in by them.
💫
Notion creator shoutout: I love both Gridfiti and Notionery and recommend both of them for Notion template creators. They are both excellent marketplaces that index some of the most popular Notion templates in the world.

If you are active in the Notion space on YouTube, Twitter, and other communities, you come across a deluge of new information everyday. As an owner of a Notion newsletter, you focus on curating the best news, events, products, and insights related to Notion that were recently released so your audience can be kept updated. You can also plug in your Notion-related content or posts in your editions, so you have more incentive to create your original content regularly.
💫
Notion creator shoutout: I want to give a shoutout to my friend Matthias Frank, who runs an excellent newsletter called Holistically Speaking. Every week, he sends a carefully-curated newsletter with the top tips and resources for Notion enthusiasts, with a dose of productivity and mindfulness. He also regularly comes up with unique tutorials and solutions for features that Notion does not support yet.

As a Notion Consultant, you help startup and enterprise teams build their Notion workspace, while also training the team to use all of Notion’s features. You will design unique workspaces for different use-cases, and answer questions from teams while evangelizing Notion as a knowledge- and project-management tools. You can work as a freelancer, and accept projects that excite you and help you grow as a Notion expert.
Further, you can apply to be certified by Notion as one of the few official Notion Consultants across the world.
💫
Notion creator shoutout: If you’re interested in the Notion consultants space, you should check out Tem Nugmanov’s work. With his Notion consulting firm called Optemization, he runs a successful team of Notion consultants to work with some of the biggest brands in the world. He is also one of the few Notion certified consultants in the world.

Startups are hiring for Notion designers and knowledge management specialists with Notion expertise. When I worked at On Deck, we hired for a Chief Notion Officer to help us with our humongous Notion knowledge-base, but if you want a more recent example, you can check out this job description. If you’re looking for a full-time role, this is a job for you.
💫
Notion creator shoutout: If you want to learn more about working as the Chief Notion Officer at a company, do follow Lucía Júdez Serrano’s work. In addition to being an Ambassador, she is also a digital architect with a background in UX and product design. She previously worked at On Deck as a knowledge specialist with her Notion expertise.

Are you active on social media while making platform-specific content for your audience? Creating Notion-specific content is trending for this new niche, and there are new opportunities opening up every day. Be it brand deals or SaaS partnerships, if you’re a tech influencer, consider adding Notion to your areas of focus.
💫
Notion creator shoutout: When I think about Notion influencers, I immediately think of Frances Odera Matthews from The Notion Bar. Known for her aesthetic twist to Notion design in her beautiful templates, she also creates content on Notion for Twitter, Instagram, and YouTube.

If you are a Notion expert, and you’re excited about coaching students, founders, or professionals on using the tool better, consider starting a Notion coaching business. Notion coaches host 1:1 sessions with their students, usually online, after discussing goals and KPIs together. The association may last between 1 to 6 months, in which time the student learns to use Notion better for their needs. Notion coaching is usually offered in conjunction with another field, such as productivity.
💫
Notion creator shoutout: Several creators already mentioned on this list offer 1:1 Notion coaching, including Frances from The Notion Bar. If you want a coach who can help you with productivity using their Notion expertise, check out Maria Aldrey’s work as a Certified Notion Consultant and coach.

If you want to spread the gospel and be a Notion evangelist, there is no better way than to become a Notion teacher. You can host cohort-based courses, sell recorded courses, or even host live workshops. The best part is that your audience is vast- any knowledge worker can benefit from Notion, which means your audience is virtually endless!
💫
Notion creator shoutout: Several creators already mentioned on this list teach Notion-focused courses. Thomas Frank has an introductory course, Marie Poulin is the authority on Notion Mastery, and Red Gregory has videos on YouTube. If you’re looking for workshops, live streams, or IRL classes, do follow me on Twitter and YouTube- I teach Notion to students, startups, product managers, and other knowledge professionals.

Are you a Javascript whiz who knows how to play with Notion’s root code to give it a completely different look? Website builders such as Super and Feather use Notion as a content management system, which means that you can edit your website straight in Notion. There are also other Notion-based plugins, and widget-builders such as Indify with an increasing demand in the market. This website was made on one such SaaS called Feather, which means I post my blog straight from my Notion workspace!
💫
Notion creator shoutout: If you’re exploring the Notion-based SaaS market, you should follow Bhanu Teja’s work. He is the creator behind my favorite Notion-based website builder called Feather, the tool I currently use to host and manage this website.
I started this post with six side-hustles, but I remembered six more as I was writing the article! How else are you making money with your Notion skills? Are there any side-hustles I’ve missed? Let me know in the comments below so I can add it to the list. 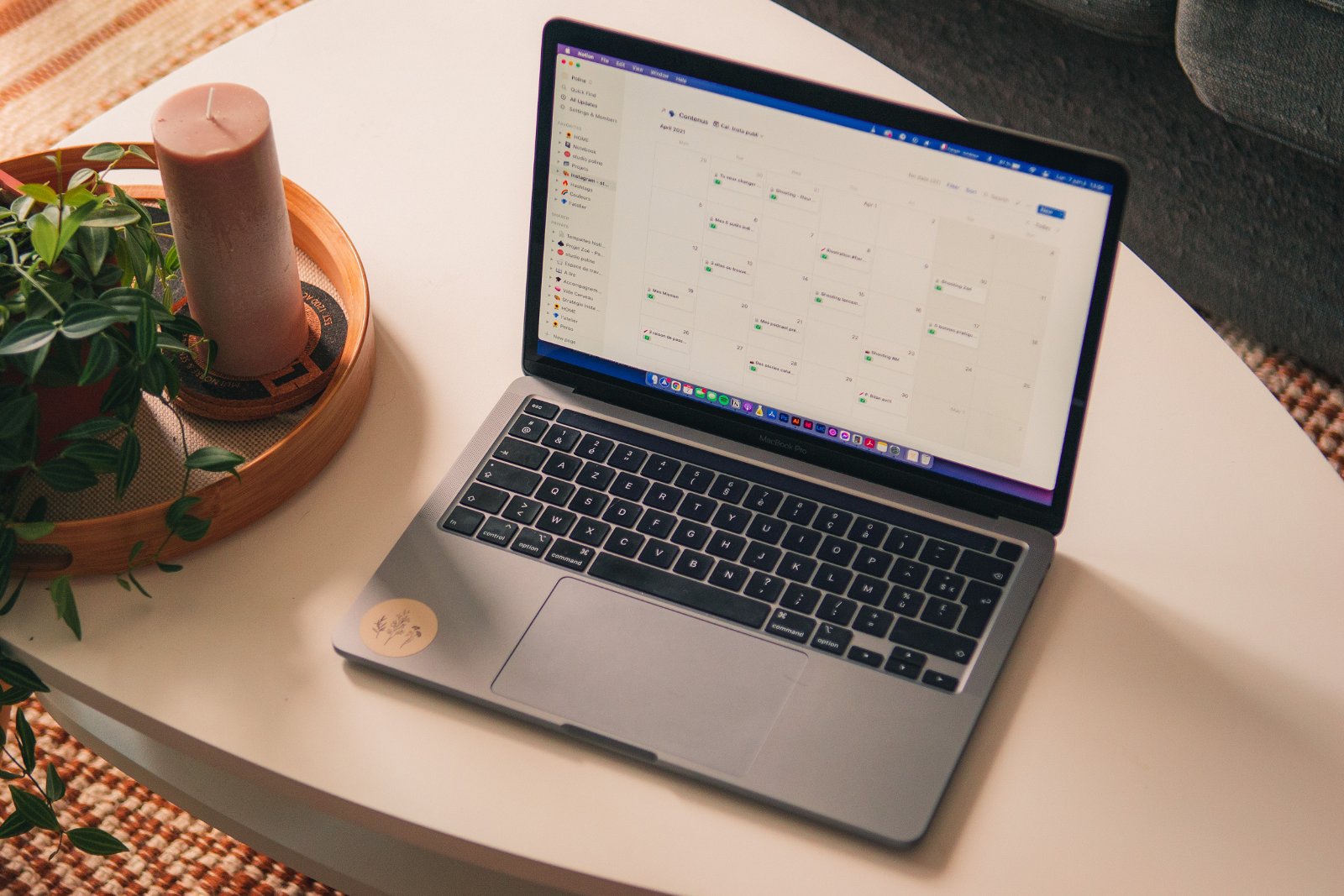 The Notion team is on a roll! Here are all the updates they’ve shipped recently.

This is a complete planner template to help you plan your life this year. With more than 20 sections and templates that are all interlinked to track your life and measure your progress, it is the most comprehensive Notion Planner template you will come across. 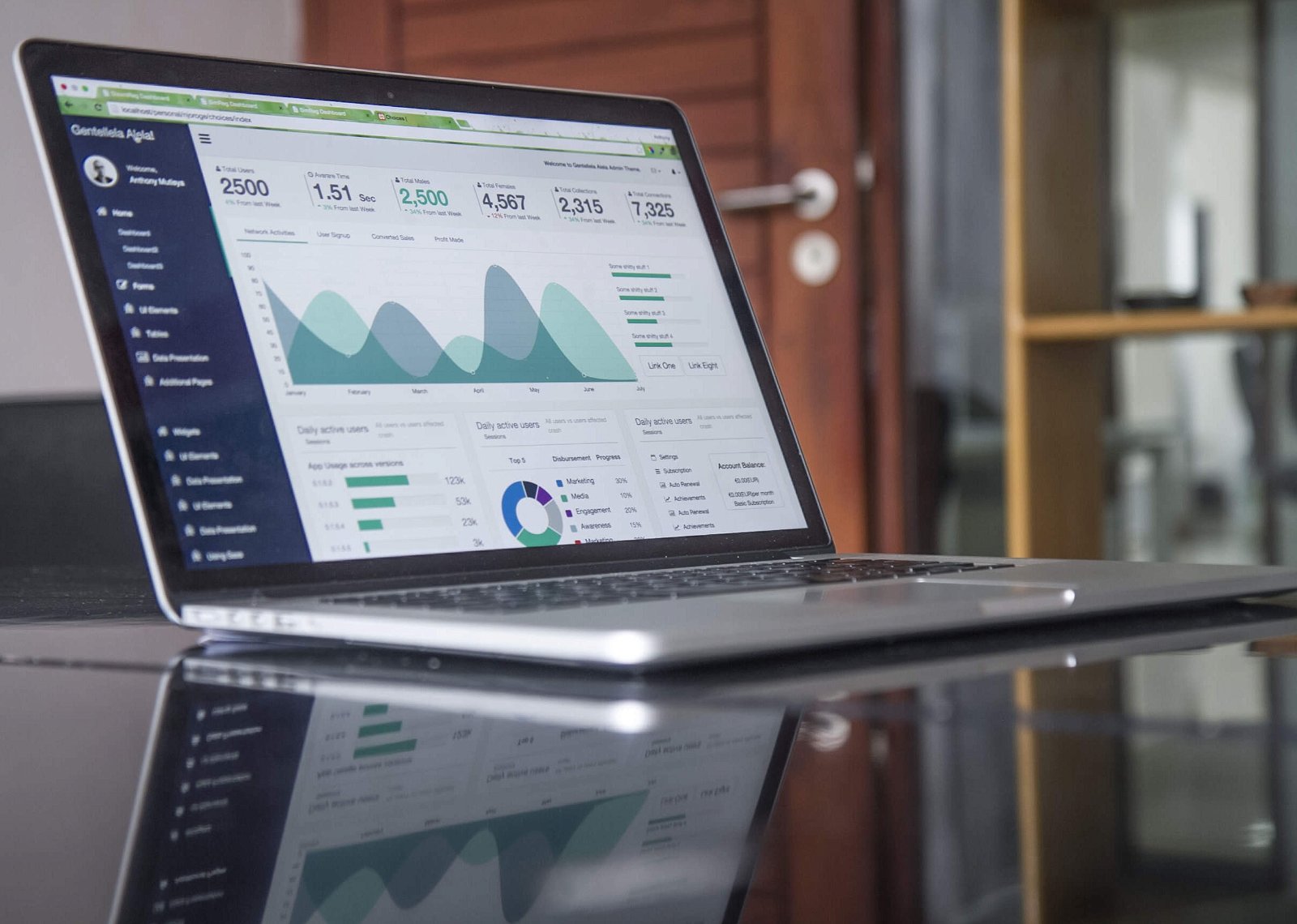 Get started with earning your online income with this guide. I show you six popular ways, including tools to use and resources to learn from.

Passive IncomeRemote Work
4 Rules for Success in the Creator Era 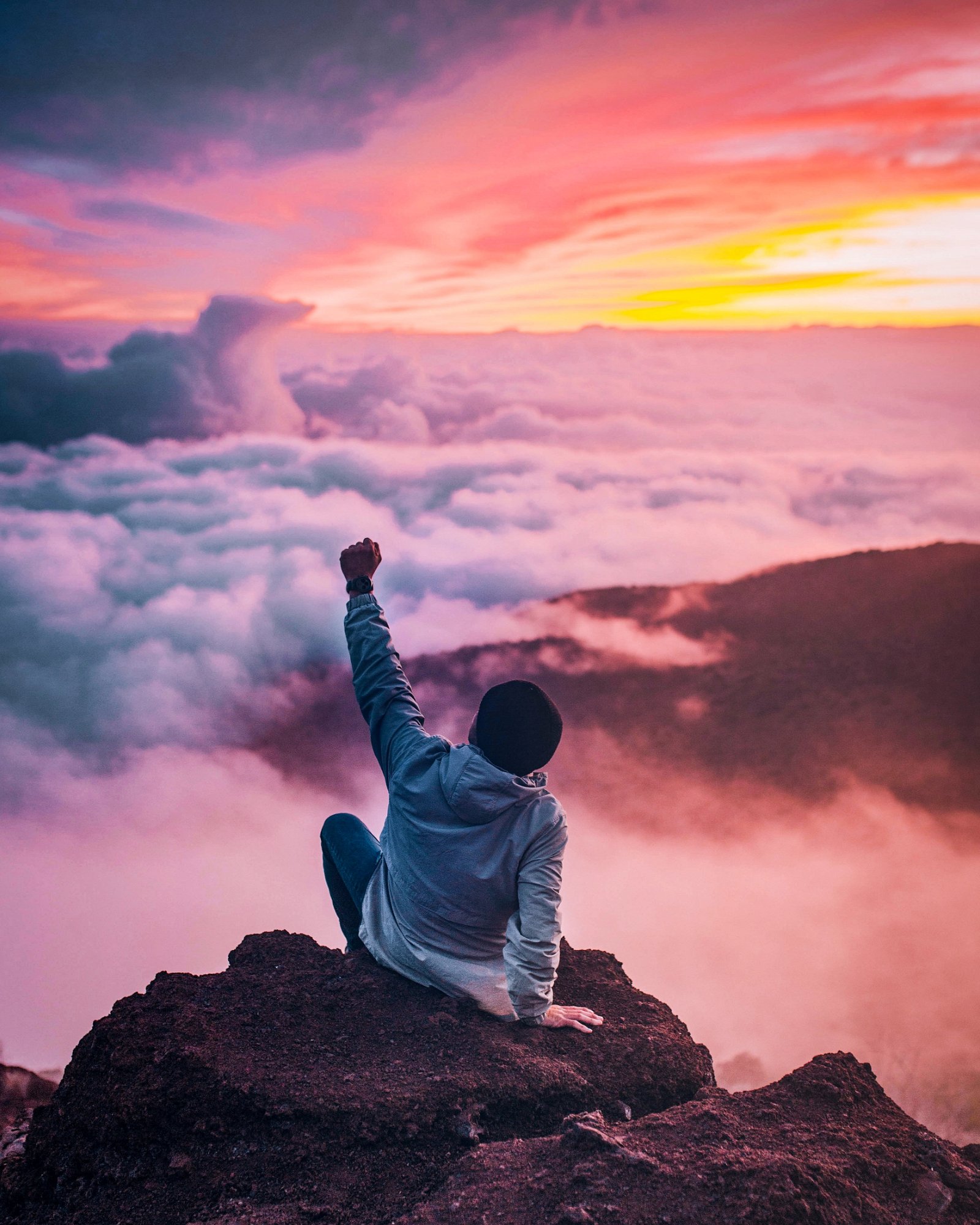 4 Rules for Success in the Creator Era

These are the rules for success if you want to find long-term professional success in this new age of rapid change and forced adaptation.

LearningWorkCommunity
Side Hustle Ideas for Students Side Hustle Ideas for Students

A compilation of the best side hustles for students and young people who want to begin creating an income while learning important skills.